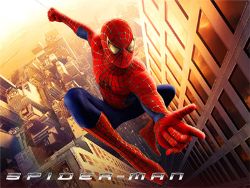 The Amazing Spider-Man 2, starring Andrew Garfield, Emma Stone and Jamie Foxx, is expected to gross between $90.7M to $92M on its opening weekend. While not at the the top of the box office this weekend, those numbers are certainly not terrible: it performed better at opening than the first Amazing Spider-Man and better than Spider-Man 2 (which, despite the name is a different movie altogether).

As the dollars roll in to Sony , New Yorkers wonder how much the movie is going to cost them – and I’m not talking about the astronomical cost of going to the movies (the average cost of a movie ticket nationwide is now $8 while popcorn and sodas feel like they cost roughly the same as a mortgage). No, I’m talking about tax breaks. The State of New York has promised Sony tax credits up to as much as 30% of the costs associated with making the movie so long as those expenses fit certain criteria. With over $150 million in potential costs, that could mean up to $45 million in tax credits.

This is not a new phenomenon: each year, the State of New York (which boasts one of the highest individual tax burdens in the country), pays out$420 million in tax breaks. That number is higher than any other state in the country, including its major filming rival, California.

The idea, of course, behind those tax credits is to lure filmmakers and production crews to the state. They do the same thing in a number of states, including North Carolina, which successfully wooedthe Jennifer Lawrence franchise vehicle The HungerGames, and Georgia, which reportedly wrangled the Miley Cyrus drama The Last Song away from the Tarheel state with tax incentives.

But this is New York. New York doesn’t need to convince television and movie crews that it should be a filming destination. It already has an impressive television and film resume includingBreakfast at Tiffany’s, The Godfather, Ghostbusters, Big, Kramer v. Kramer, Friends, Seinfeld, The Sopranos, Sex and the City, War of the Worlds, Ironweed, Saturday Night Live and one of my favorites, When Harry Met Sally, all of which were filmed all or in part in the state of New York.