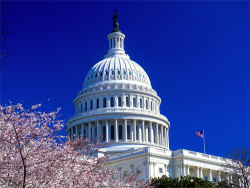 This week, the House voted to not only extend a tax break for small businesses but to make it permanent. The specific provision that the House advanced involves Section 179 of the Tax Code. Under Section 179, small businesses can immediately write off certain qualifying expenses as a deduction in one year rather than depreciating those costs over a number of years. The result is generally very tax favorable.

Prior to 2008, businesses were only allowed to expense up to $125,000 on qualifying equipment and that amount was subject to phaseouts. The deduction was initially on the chopping block but was extended and expanded as part of a series of stimulus packages. Of course, as Congress tends to do, the provision was kicked forward and amended over a number of years without any sense of permanence, finally reaching a $500,000 cap. The higher cap was considered a significant boost to small businesses in a tough economy. Despite its popularity, the provision failed to garner enough interest in Congress in 2013 and as a result, expensing limits fell from $500,000 to $25,000 beginning on January 1, 2014.

A move to bump the cap back to its $500,000 limit was included in the controversial tax extenders package which fell victim to political infighting.

The House, however, moved the issue back to the table this week. H.R. 4457, America’s Small Business Tax Relief Act of 2014, which was introduced by Rep. Patrick Tiberi (R-OH), made it out of committee and onto the floor. The provisions in the bill included not only restoring the cap to $500,000 (adjusted for inflation) but also making the measure permanent. The bill would make the cap retroactive to January 1, 2014.

The final vote was 272-144 with nearly all of the opposition coming from Democrats. Only two Republicans voted no on the bill: Rep. John Bayard Taylor Campbell (R-CA) and Rep. Walter B. Jones (R-NC). Fifteen Representatives did not cast a vote, including eleven Republicans and four Republicans. You can see the entire roll call here.

But don’t get too excited. There are a number of roadblocks to the bill becoming permanent law. For one, the White House has signaled opposition to making the provision permanent, claiming that the measure benefits business but not individual taxpayers.

More important, the bill now goes to the Senate where it is not expected to pass. The Senate has indicated that making the provision permanent is too expensive and supports a shorter extension of just two years. In an election year, that’s a pretty bold position so don’t expect much movement – including a vote – at all until after the elections in November.