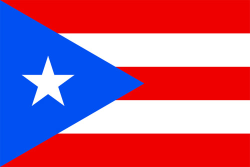 Increasingly, Americans are ditching their passports for far off lands. In some cases, they are motivated by high taxes and America’s unique worldwide tax reporting, though that’s rarely the only issue. Yet lower taxes can be had a lot closer to home and with more security. And you don’t have to ditch your U.S. passport.

It almost sounds too good to be true. After all, aren’t U.S. citizens taxable on their worldwide income? Yes, but read on. Puerto Rico is a U.S. Commonwealth. It is part of the U.S. but in some ways still independent. It’s tax system is a hybrid, part of the U.S. and well, not.

If you can really move yourself and/or your business, you may be able to cut your income taxes down to almost nothing. You have to be careful, though. The interaction between the IRS and taxman in Puerto Rico is nuanced, requiring some Puerto Ricans to file with the IRS, some with the Puerto Rico Department of Finance, and some with both. But there are great incentives by which Puerto Rico hopes to lure American mainlanders there.

The incentives include an income tax in Puerto Rico of only 4%. Compare that to your combined federal and state income tax burden you may pay now! Legally avoid the 39.6% federal rate and the 13.3% California (or other state) rate? That sounds pretty good.

What’s more, there is no tax on dividends. If you are receiving distributions of company profits or have investments yielding dividends, they are tax-free. There’s also no capital gain tax in Puerto Rico. If you sell your company, sell real estate, sell shares in public companies, you name it, no capital gain tax.

But several cautions are in order. There are rules to limit big appreciation from the past and moving there right before you sell. In that example, you pay a 5% tax). But even more fundamentally, you have to actually move. Your tax home—your real home—must be in Puerto Rico. Remember, just like any move from one state to another, it has to look and be real

Try to avoid messy facts that don’t look like a permanent move. If possible, sell your home, move your family, sever connections to your old local clubs, etc. After all, if you are later ruled not to be a Puerto Rico resident, the IRS is back in the picture asking for back taxes, penalties and interest.

Puerto Rico also has great incentives for business owners. If you have a business that can be moved, that can be a real tax home run both for you and the company.