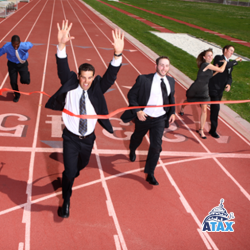 With Shutdown Avoided, Who Are Winners (And Losers) In 2015 Budget?

There won’t be a government shutdown after all. Following a great deal of political rancor, the Senate and the House finally resolved their differences over the 2015 budget last night.

Three months into the fiscal year, the Senate wrapped a final vote on the appropriations budget at 9:50 p.m., with 56 Senators voting yes, 40 Senators voting no and four abstentions.

The more than 1,600 page bill, considered a compromise on both sides, was a $1.014 trillion budget which will keep the lights on in Congress through September 2015 (except for the Department of Homeland Security – more on that in a bit). Here’s how “CRomnibus” bill, part continuing resolution (“CR”) and part omnibus, breaks down:

Pay raises for most federal employees, including the military, were preserved under the bill although capped at 1% (the military was hoping for 1.8%). Military civilian personnel didn’t fare quite so well overall, however: cuts to the total budget likely mean layoffs. The military benefited from the appropriations budget with the Department of Defense garnering more than half of the overall budget: $585 billion. More than 10% of that budget was specifically earmarked for military operations in Afghanistan and Iraq and fighting the Islamic State in Syria and Iraq.

Also a winner: the Affordable Care Act, or Obamacare. Funding remains at the 2014 levels and supporters consider the lack of cuts to the program at this stage a victory.

Other tech-related winners? Online shoppers. The bill extended the ban on state and local sales taxes on internet access. The moratorium rolls on – but just for another year.

Congress gave itself a boon by increasing the cap on donations to fund campaigns and parties by a huge margin. The bill ups the current cap of $32,400 to $777,600 per person per year; as written, married couples are treated separately and can contribute up to $1,555,200 per year. (Is it completely unrelated to the funding and spending for the current fiscal budget? Of course it is. But in bill this big, Congress might be hoping you won’t notice.)While the Ebola virus is still making headlines, Congress carved out an entire section of the budget for “Ebola response and preparedness.” The National Institute of Health(NIH) not only got a regular budget boost but additional research money to fight Ebola. Also benefiting directly and indirectly from the Ebola scare, along with concerns about other infectious diseases, are the Center for Disease Control (CDC) and the Food and Drug Administration (FDA).