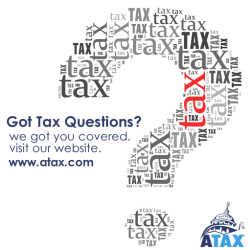 While taxpayers and tax professionals all over the country are bracing themselves for the 2015 tax season, it’s a good time to take a look back at 2014.

It was, to say the least, quite an interesting year for tax professionals, taxpayers (especially foreign taxpayers), banks and financial institutions, and, of course, the Internal Revenue Service.

Highlighting those stories which affected taxpayers the most is tricky since it’s subjective. It matters depending on who you are – you probably cared more about Loving, for example, if you were a tax professional and Messi if you were a soccer fan. That said, I put together the list that garnered the strongest reaction from readers on social media, via email and other responses together with my own ideas about what mattered most.

(10) IRS loses Loving. Again. In 2013, U.S. District Court Judge James E. Boasberg shocked many in the tax profession with his ruling that Congress never gave the IRS the power to license tax preparers (and thus, the IRS cannot give itself that authority). The IRS got another bite at the apple AAPL -0.95% when it filed an appeal. 2014, however, brought the same result. The IRS did not appeal the appeal, essentially putting a period on the attempt to regulate the tax preparation industry.

(9) Credit Suisse Settles For Millions. The IRS has gotten pretty good at this whole offshore thing by now… In addition to identifying tax havens, the agency, working together with the Department of Justice, has successfully targeted those havens for prosecution. The question of what it meant for those targets – generally, Swiss banks – was answered with a resounding judgment this year. Credit Suisse AG was sentenced for conspiring to aid and assist U.S. taxpayers in filing false income tax returns and other documents with IRS and ordered to pay $2.6 billion. More than half, $1.8 billion, was to be paid to the U.S. Treasury. It turns out that crime doesn’t pay – even when you’re über wealthy.

(8) Soccer Stars At Center Of Tax Investigations. In February, the sports world was shocked to hear that FC Barcelona – one of the most popular sports teams in the world – was charged with tax fraud. The team was indicted on tax fraud charges in connection with signing of the Brazil forward Neymar da Silva Santos Júnior. The superstar, known simply as Neymar, was signed to FC Barcelona in May 2013. The team had already been battling its tax demons: in 2013, another of team’s standouts,Lionel Messi, was charged with tax evasion. Despite efforts to settle, Messi was put on notice in 2014 that the courts were moving ahead with the investigation. He is expected to stand trial in 2015.

(7) Real Housewives Stars Will Go To Jail. Even folks who didn’t watch Real Housewives of New Jersey found themselves glued to the fascinating saga of Teresa and Joe Giudice. The duo were indicted on a slew federal charges, including tax evasion, and vowed to prove their innocence. They eventually changed their minds and both pleaded guilty to charges, resulting in prison time for the pair. They’ll serve their sentences separately. Teresa goes first: she’s expected to report to prison tomorrow (January 5, 2015). Clearly, it’s not the end for the tanned two: Giudice has reportedly been offered up to seven figures for her prison memoirs.

(6) IRS Launches Annual Filing Season Program. After theLoving appeal went sour (see #10), IRS was forced to dump its Registered Tax Return Preparer (RTRP) designation. I assumed that IRS would move for voluntary certification for preparers – and that’s exactly what happened. In June of 2014, IRS Commissioner Koskinen announced the launch of the Annual Filing Season Program (AFSP). The AFSP is a voluntary and temporary program which offers preparers who take steps similar to those required for the former RTRP, a recognizable record of completion. Preparers who opt to participate in the program will be included in a database on IRS.gov that will be available to the public when the 2015 tax filing season begins.(5) IRS Finally Bites At Bitcoin. The U.S. embraced Bitcoin in a big way in 2014. When Overstock made news for accepting Bitcoin on its site – one of the first big name retailers to do so – it was clear that the virtual currency wasn’t going away. Despite the fact that Bitcoin had been on the scene for a bit, IRS had never established a policy for taxing the currency: should it be treated like a currency or a capital asset? IRS finally answered that question in March by stating that the currency would be treated as a capital asset. Three months later, the IRS clarified that Bitcoin was not reportable for FBAR purposes – at least for now.

(4) Those Not-So-Missing Emails. The scandal that wouldn’t die had a big year in 2014. The IRS tax exempt scandal, which dates back to those 2010 BOLO lists – picked up steam when Congressional leaders fumed over reports that the FBI would likely not file criminal charges in the scandal. In May of 2014, Congress found Lois Lerner, the former Director of the Tax Exempt Organizations at IRS, in contempt for failing to testify – a largely symbolic move since it’s highly unlikely that the Attorney General will pursue criminal charges. If only, Congress seemed to say, we had Lerner’s old emails, we could make those charges stick. But they were, according to IRS, long gone, lost, never to be recovered. Unless, of course, they weren’t. In November of 2014, the IRS announced that those not-so-missing emails might have been found. Despite a flurry of speculation and a bunch of inflammatory headlines, the specific information in those emails hasn’t been made completely public and hasn’t, to date, offered any real insight into the extent of the targeting.

(3) IRS Funding Cuts. The tax exempt scandal didn’t make Congress happy. The inevitable result was a slash to IRS funding. With staffing levels lower than they have been in years, the IRS Commissioner has warned that it could be a miserable tax season in 2015. Taxpayers are already bracing for the idea that phone calls to the agency won’t be answered and refunds could be delayed. Fortunately, however, the 2015 tax season will open without delays.

(2) Scams Roll On. Those scammy phone calls that plagued taxpayers in 2013 kept coming in 2014 – and this time, with a vengeance. The Treasury Inspector General for Taxpayer Administration (TIGTA) called the pervasive phone scheme “the largest scam of its kind that we have ever seen.” By August of 2014, TIGTA had received more than 90,000 complaints from taxpayers cheated out of more than $5 million. As we roll into 2015, the scam shows little sign of slowing down.

(1) A Do Nothing Congress. Perhaps the biggest tax story in 2014 isn’t what Congress did – but rather what it didn’t do. Despite promises in 2013 from then Senate Finance Committee Chairman Max Baucus (D-MT) and House Ways and Means Committee Chairman Dave Camp (R-MI), there was no corporate tax reform in 2014. There was no individual tax reform. No movement on clarifying (c)(4) tax exempt organizations despite one the biggest scandals in IRS history. FATCA regulations stayed firmly in place, despite warnings from financial institutions that it could be harmful for the economy. Congress made a lot of noise about transfer pricing (think Apple, Microsoft) and all of those corporate inversions (Tim Horton’s and Burger King, for example) but failed to take any significant action. And in the midst of calls to rein in spending, Congress passed the extenders bill without a single change – but only for two weeks. With the exception of those tax extenders, most of the tax changes in 2014 weren’t attributable to 2014 at all – they were old laws taking effect this year. Will 2015 be any different? (Spoiler alert: I don’t think so.)