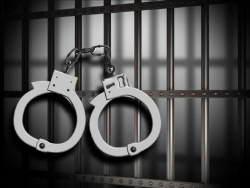 A tax preparer in Queens, N.Y., has been sentenced to eight and a half years in prison for stealing children’s identities and claiming them as dependents on nearly 1,000 false tax returns.

Mahamadou Daffe was sentenced Thursday in Manhattan federal court for his participation in a conspiracy to steal government funds, theft of government funds, conspiracy to file false claims, wire fraud and aggravated identity theft in connection with the preparation and filing of nearly 1,000 false income tax returns that he submitted online using stolen identities.

Daffe, 31, was also sentenced for participating in a conspiracy to steal government funds, theft of government funds, and conspiracy to file false claims in connection with his use of stolen children’s identities to claim false dependents on his clients’ income tax returns.  He was found guilty in January after a one-week trial before U.S. District Judge Naomi Reice Buchwald.

“Tax preparer Mahamadou Daffe orchestrated schemes to file false returns on behalf of his clients and used stolen identities to deceive the IRS, all for his own unjust enrichment,” Manhattan U.S. Attorney Preet Bharara said in a statement. “His unscrupulous practices and flagrant violation of the law have now been justly punished.”

According to prosecutors, from 2008 through January 2013, Daffe engaged in two separate schemes to defraud the IRS. In one scheme, he filed false tax returns for his clients, in which they claimed as dependents children who were in fact total strangers to them, and whose identities Daffe stole. In exchange, Daffe collected $1,000 per return.

In another scheme, during the same time frame, Daffe used stolen identities to file hundreds of false tax returns, supported by bogus Forms W-2, through an online tax preparation service intended for use by individual taxpayers. He then funneled the resulting refunds into numerous bank accounts he controlled—accounts in his own name, the names of co-conspirators, and the names of aliases that Daffe and his co-conspirators used. Daffe’s crimes resulted in an estimated loss to the IRS of more than $1.5 million, during which he attempted to steal more than $4.5 million from the government.

In addition to the prison term Daffe was also sentenced to three years of supervised release.

Bharara praised the investigative work of the Internal Revenue Service, Criminal Investigation, and thanked the IRS for its assistance. This case is being handled by the Office’s General Crimes Section. Assistant U.S.

Attorneys Carolina A. Fornos and Sarah E. McCallum are in charge of the prosecution.