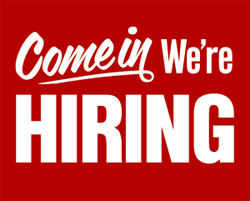 Jobs at small businesses increased last month, with Washington State leading the way along with the Mountain region of the country, according to payroll provider Paychex and the research firm IHS.

The Paychex | IHS Small Business Jobs Index grew 0.50 percent in the 12 months leading up to April, increasing to 101.26, a new peak level, reflecting improving employment conditions.  Washington had the greatest gains among the states measured, with help from Seattle, which showed the highest increase in growth rate among metro areas.

“The April increase in the Paychex | IHS Small Business Jobs Index adds to a series of optimistic signals in 2014 that job security and employment conditions are improving for American workers,” said HIS CEO James Diffley in a statement.

Advancing 0.50 percent in the past year to 101.26, the April Paychex | IHS Small Business Jobs Index rose to its highest point since tracking of the index began in 2004.

Tracking the same regions measured by the U.S. Bureau of Labor Statistics, at 1.75 percent, the Mountain region had the highest 12-month growth rate again in April. However, the West North Central region, led by Missouri, had the best one-month gain at 0.26 percent, though job growth conditions remain at a relatively low level there.

Among the 20 largest states based on U.S. population, Texas experienced the largest one-month index drop at -0.61 percent in April. Nevertheless, the Texas index level remains among the highest state results. Washington, meanwhile, jumped to the top spot, with a 12-month change of 2.22 percent.

Measuring the 20 largest metropolitan areas based on U.S. population, Paychex and IHS reported that the Seattle index spiked to 103.84 in April, with the 12-month growth rate climbing to 2.66 percent, highest among the 20 metro areas. Dallas showed the worst one-month drop at -1.12 percent, bringing the 12-month acceleration rate to a halt at 0.00 percent, though continuing to show a high index level due to overall growth.