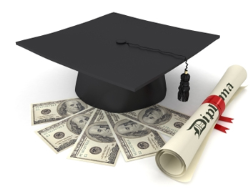 Have student loans? How to Ease the Burden of Loans

Still, about 41 million borrowers had federal or private student loans outstanding at the end of March, according to Edvisors.com, a Las Vegas-based college financial-aid website. At the same time, student-loan debt reached a record $1.2 trillion—all but $170 billion of it federal loans.

Repaying student loans remains a challenge for many borrowers—despite government efforts to ease the pain.

President Barack Obama announced on Monday that he is expanding the Pay as You Earn Repayment Plan, which is geared to borrowers with low incomes compared with their overall federal student-loan debt. The program lowers borrowers' monthly payments and provides the opportunity of debt forgiveness.