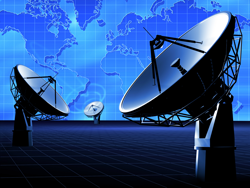 Chances are, you might be paying Verizon to read this. Or Comcast. Or some other internet provider. But you’re not paying Uncle Sam. And you’re probably not paying your state or municipality.

By law, federal, state and local governments may not tax internet access. The Internet Tax Freedom Act (downloads as a pdf), is part of Public Law 105-277, signed into law by President Clinton on October 21, 1998. The final piece of legislation, as published, is 920 pages long and is technically called the Omnibus Consolidated and Emergency Supplemental Appropriations Act, 1999. It hits a number of issues (agriculture, AIDs, ocean mining, patents and India, to name a few) but most taxpayers are most familiar with the section that imposes a moratorium on internet taxes (found at 47 USC 151).

The law was introduced by Rep. Frank R. Wolf (R-VA); Wolf serves Virginia’s 10th District, home to a number of internet and high-tech companies. The original version of the bill focusing on the internet was authored by Rep. Christopher Cox (R-CA) and Sen. Ron Wyden (D-OR) in 1997; California and Oregon are considered centers of the dot-com world.

The idea behind Internet Tax Freedom Act was simple: the internet should remain free. Or at least free from taxes.

The law did not – and does not – apply to sales tax on the internet. That’s a whole other issue that Congress hasn’t been able to sort through. But Congress was able to agree on this one point (and a few related points) and pushed through the moratorium on the taxation of internet access.

Moratorium is an important word because it means that there’s a break for a certain period of time. That’s not the same as an exemption. And when the moratorium is up, the internet would, in theory, become fair game for taxation from any number of states and local governments – even if Congress doesn’t impose a federal tax.

So, the idea of “no tax” internet access is actually pretty temporary and fragile. That makes is subject to the whims of a fickle Congress.

To keep the moratorium in place, Congress has to extend it. That has happened three times so far: in 2001, 2004 and 2007. The last extension, the Internet Tax Freedom Act Amendments Act of 2007, was signed into law by President Bush on November 1, 2007, and extended the moratorium to November 1, 2014. That means that the moratorium now ends in 134 days.

That might feel like a lot of time but that assumes Congress would actually be working during that time. In just over a month – July 31, 2014 – Congress will break for five weeks for summer recess.

That puts pressure on Congress to do something now. A number of proposals have been floated about, including H.R.3086, the Permanent Internet Tax Freedom Act, introduced by Rep. Bob Goodlatte (R-VA) which would do exactly what the title implies and extend the moratorium forever. A similar bill, S. 1431, the Internet Tax Freedom Forever Act, introduced by Sen. Ron Wyden (D-OR), has languished in committee since last year.

You’d think that the bill would be a no-brainer for members of Congress since they’re not actually being asked to do anything new. Except for one tiny thing. Which isn’t so tiny.

You see, when the original 1998 legislation was drafted, a handful of states allowed for existing taxes on internet access. Those taxes were grandfathered as part of the final bill. The current proposal would strike that grandfather clause, meaning that Hawaii, New Hampshire, New Mexico, North Dakota, Ohio, South Dakota, Texas, Washington, and Wisconsin would no longer be allowed to tax internet services as they have in prior years.

Either one of those matters could be a significant issue in an election year. The latter is most problematic because even if taxpayers in Pennsylvania and South Carolina don’t care about a loss of revenue in Texas, they may be concerned about Congress’ desire to barge in and snatch away existing revenue streams. It could be viewed as an overreach of power – and that’s not a popular stance. It puts many politicians into a quandary by forcing them to take a stance on which they hate more: taxes or the federal government telling states what to do.

So what will happen? Nobody knows for sure at this point since Congress has been unpredictable at best. If I had to make a prediction, I’d guess that the Internet Tax Freedom Act gets extended but perhaps not permanently – they may dust off that “indefinitely” world after all in the legislation. That’s the easy part. But I’m also guessing that it happens without lifting the grandfather clause on the individual states, at least for now.

But then, I also didn’t see Spain exiting from the World Cup quite so early so clearly, my crystal ball is a little fuzzy.