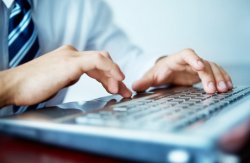 There will be a tax preparer certification program after all. That was the word from Internal Revenue Service Commissioner John Koskinen.

If you’re scratching your head after Loving v. Commissioner and wondering how that’s possible, here’s your answer: the program will be voluntary. Following losses at the lower court and the appellate court which held that IRS did not have the authority to regulate preparers, the IRS dropped the matter. For the 2014 tax season, tax preparers were required to have a preparer tax identification number (PTIN) but were not required to engage in testing or continuing education requirements; similarly, the new Registered Tax Return Preparer (RTRP) designation was no longer relevant.

Nonetheless, the IRS was not to be deterred in its plan to regulate preparers. Despite objections from many in the industry, the IRS is now forging ahead with a voluntary program which will be in place by the 2015 tax season. That announcement was made on June 26, 2014, by Commissioner Koskinen via teleconference. He was joined on the call by Carol A. Campbell from the IRS Return Preparer Office (RPO).

Koskinen acknowledged that due to the complexity of the Tax Code, the majority of taxpayers use a paid tax preparer to assist with their taxes. Of those paid tax preparers, about 60% operate without regulation or oversight. The IRS found that “[a]lthough many of them do a good job, we have found that others are poorly equipped to assist taxpayers in preparing returns.”

To combat what the IRS perceives as a lack of oversight, they’re launching the Annual Filing Season Program. It is both voluntary and temporary. Commissioner Koskinen hopes that the “temporary” label doesn’t stick: he is hopeful that Congress will enact a proposal in the President’s Fiscal Year 2015 Budget that would give the IRS the authority for mandatory oversight of return preparers.

Referring to the voluntary program as “not the ideal solution,” the Commissioner explained the details of the program as follows:

A preparer who wanted to participate would have to be registered with the IRS and have a valid Preparer Tax Identification Number, or PTIN. Under the program, preparers who sign up agree to take 18 hours of continuing education each year. That includes 10 hours on federal tax law topics, two hours on ethics, and a six-hour tax filing season refresher course. The refresher course includes a comprehension test of 100 questions.

If you complete the course work and pass the test, you would receive a record of completion that would be good for the filing season. You would also have a limited right to represent your clients before the IRS on issues pertaining to the returns you prepared for them. To keep your qualification and practice rights current, you would have to take the courses and pass the test each year.

If that sounds familiar, it is. It is very similar to the requirements which were part of the previous RTRP requirements; in fact, Campbell indicated that those who had successfully completed the RTRP requirements before it was nixed would be entitled to exempt out of the refresher course.

So what’s the appeal of the voluntary program? Why take tests and hours of continuing education if no one is forcing you? The idea is that preparers who don’t already have professional credentials (in contrast to those that do, including tax attorneys, certified public accountants and enrolled agents) can “stand out from the competition” by offering clients a recognizable record of completion. It is similar to other standards, like those in the computer industry, where having a certificate indicates that you have done some level of testing and education beyond that of your peers.

As an added bonus, those preparers who successfully participate in the program will be listed in a new tax preparer database, which will be available to taxpayers on the IRS website at IRS.gov by January 2015. The database will also include attorneys, certified public accountants, enrolled agents, enrolled retirement plan agents and enrolled actuaries who have registered with IRS. (*Insert your tech-related, Lois Lerner email joke of choice here.*)

Nina E. Olson, the National Taxpayer Advocate, has long been a proponent of tax preparer regulation: she has been urging Congress to move forward on such a program since 2002. Post-Loving, Olson has pushed Congress to pass legislation to authorize the IRS to reinstate the RTRP program. In the interim, she had recommended that the IRS adopt a voluntary program similar to the RTRP program.

Olson greeted the announcement of the new voluntary program with cautious optimism. She did, however, have an issue with one piece of the proposal. She is concerned “that it does not require preparers to pass a competency test in order to be listed in the IRS database,” saying, “In my view, individuals who cannot pass a minimum competency test should not be preparing tax returns.”

Olson went on to say that such an oversight could confusing for clients since “if the IRS includes names of preparers in a searchable database, some taxpayers will erroneously assume those listed have been determined by the IRS to meet basic competency standards.” She did, however, concede that “the IRS is trying to do what’s feasible for the 2015 filing season and it’s too late in the year to offer a voluntary competency test before January.”

But didn’t Commissioner Koskinen indicate that testing was part of the process? He did. But there’s a distinction: Commissioner Koskinen is referring to sets of comprehension questions that will be administered throughout the country by individual continuing education providers. That’s significantly different from the uniform competency test that IRS had created for the prior RTRP program. Under the new rules, it’s highly possible that two different tax preparers could have two different testing experiences and demonstrate two different levels of competency: they’d still get the same certificate. It’s kind of like asking each of the 203 accredited law schools in the country to offer up a semester exam that would serve as a replacement for the bar exam. The result could be confusing for consumers.

That’s an issue that might get sorted out as the program gathers steam. As a relatively last minute fix for the 2015 tax season, implementing a uniform test would be challenging at best – and expensive. If Congress does approve legislation that would give IRS the authority to regulate preparers (a big assumption) and that authority isn’t challenged in the courts (an even bigger assumption), a single, uniform competency test will likely find its way back into the program.

The IRS intends to do a public awareness campaign for the 2015 tax season to help educate taxpayers about the value that competent, qualified return preparers provide. As part of the campaign, they intend to highlight the importance of either being a credentialed preparer like a CPA, enrolled agent or attorney, or participating in this new Annual Filing Season Program. It might help allay Olson’s fears if IRS included specifics about the program in that campaign – including the testing – but that’s just my take.