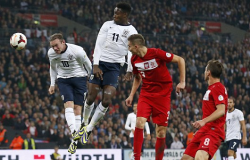 Money Literally Flying At World Cup - Is It A Clever Attempt At Tax Avoidance?

The Ghana soccer team continued to make headlines this week. No, folks weren’t still talking about their impressive battle against Team USA early in the World Cup or the nearly improbably tie with the German team or the loss to Portugal that sent Team USA through to the quarterfinals.

No, folks were talking about cash. Lots of cash. So much cash that the Ghanian soccer team, popularly called the Black Stars, filled a charter plane with it. The amount? $3 million. And yes, not in checks or other form of payment. Cash.

Why? That’s how the players wanted to be paid for participating in the World Cup. More than $3 million in appearance fees was to be split among the 23 players on the team. The money represented an advance for the team’s bonuses earned for playing in the Cup. And by advance, I mean that the team wanted to be paid upfront which is totally normal understandable. To prove its point, the team threatened to boycott their all important game against Portugal unless the cash showed up first.

That would have been embarrassing. Ghanian President, John Dramani Mahama, apparently felt it was less embarrassing to pay the players in cash delivered by chartered jet. So that’s what he did, calling it “necessary.”

That meant that Ghanian soccer players got paid as the world watched. It was such a public display that defender John Boye was photographed kissing a stack of money after it arrived by armed escort while phenom Christian Atsu made jokes about stashing the cash in bags.

Since the money arrived, the team did finally acquiesce and play against Portugal where, it can’t be ignored, they lost, 2-1. One of the goals attributed to Portugal was an own goal scored by Boye who apparently kissed the cash hello but his chance at a world title goodbye.

Ghana Coach James Kwesi Appiah says this is how the Ghanian soccer team does business, “The practice in Ghana has always been, you pay the money to the players in cash, and that has always been the way all these years.” He went on to say, “Some of the players don’t even have an account in Ghana. The system in Africa is totally different from Europe. I am not saying that it is the best way. But you are coming from a different areas and you need to understand the differences.”

To make it feel less weird, President Mahama trotted out the ol’ “this isn’t the first time” card, saying that the team did the same thing in 2006 and in 2010. Apparently, players on the team haven’t had time in the past eight years or so to approach the Bank of Ghana or one the dozens of other banks in Ghana about opening an account (it must be those darn ATM fees).

While those on the sidelines merely mumbled about how weird it appeared, the opposition party in Ghana, the New Patriotic Party, didn’t mince words, calling the practice  the equivalent of money-laundering. The party released a statement condemning the action, saying, “This is a complete embarrassment to the country and Africa. It is scandalous and has ruined the hard earned good reputation of the country across the world.”

When the news of the transaction first broke, Brazilian officials had indicated that bringing the cash and not declaring it to authorities would be illegal: in Brazil, individuals cannot bring in more than $4,500 each without having it subject to tax. Nobody is talking publicly about what happened for certain but clearly, Brazil and Ghana worked out the details since the cash eventually made its way to the players. In theory, the money also went home with the players and will be reported and taxed – but some have voiced concerns that may not happen. The transaction certainly doesn’t have the hallmark of a normal payday.

In the United States, that amount would have been required to be reported for exactly the same reason: worries about money laundering. Individuals who enter or leave the U.S. are required to report cash (including foreign currencies other than gold bullion) or endorsed checks with a value of $10,000 or more. The transaction is reported on a FinCEN 105, Report of International Transportation of Currency or Monetary Instruments (downloads as a pdf). Failure to declare currency in amounts of over $10,000 can result in its seizure.

The FinCEN 105 is filed with the Bureau of Customs and Border Protection with the Customs officer in charge at any port of entry or departure; it can also be filed by mail. If the currency or other monetary instrument does not accompany the person entering or departing the United States, because, say, you had it flown over on a chartered jet, the form 105 may be filed by mail on or before the date of entry, departure, mailing, or shipping.

If you don’t comply with the law because you failed to file a form FinCEN 105 or if you file a false or incomplete form FinCEN, you could be subject to a fine of not more than $500,000 and imprisonment of not more than ten years. Your cash or currency could also be seized.

The information reported on the FinCEN 105 will be provided to the Internal Revenue Service (IRS). In other words, the reporting requirement isn’t just about money laundering: there’s a tax component, too.

This form is a bit different from the FinCEN 104, sometimes called a Currency Transaction Report. You may recognize this form as the one that banks file following large cash deposits. When a customer uses currency of more than $10,000 to make a deposit or to purchase or exchange a monetary instrument, the financial institution is required to report the transaction by filing FinCEN Form 104, Currency Transaction Report.

The other reporting requirement for big dollars that taxpayers may be familiar with is the federal form 8300, Report of Cash Payments Over $10,000 Received in a Trade or Business (downloads as a pdf). Under U.S. law, any individual or business who receives more than $10,000 in one transaction or a series of related transactions, while conducting their trade or business, must report it to the government by filing a federal form 8300.

For purposes of the form, the term “cash” means money. Money can mean currency and coins of the United States and any other country. Cash also includes certain monetary instruments like a cashier’s check, bank draft, traveler’s check, or money order if it has a face amount of $10,000 or less and it has been received as part of a designated reporting transaction or as part of a transaction in which the recipient knows the payer is trying to avoid the reporting requirement. Personal checks are not considered cash.

The idea of reporting large transactions which enter the country (via a FinCEN 105); are deposited or exchanged at banks or other financial institutions (via a FinCEN 104); or are received in the course of a trade or business (via a form 8300) is to ensure that those dollars are properly reported and/or taxed. Money that is “dirty,” meaning that it was from illegal sources, is more difficult to circulate and exchange for “clean” money if reported. Similarly, it’s easier to ensure that funds are reported to the taxation authorities, if appropriate, when taxpayers are aware that the IRS and/or the Financial Crimes Enforcement Network know that those funds exist.

The rules are meant to ensure a level playing field for everyone, ensuring that high dollar transactions aren’t exempt from the same tax rules as others simply by virtue of transferring them in cash or cash equivalent. All dollars are supposed to be reported, whether from wages at a minimum wage job – or a jet full of cash for playing at the World Cup.

In Ghana, however, the rules seem to be a bit different – but that doesn’t mean that everyone is happy with them. The national bar association in Ghana publicly decried the move to fly cash to the Ghanian soccer team, saying it “sets a bad precedent for the citizenry.”